You are here: Home / St. Bakhita Nursery and Primary School

Schools For Refugees (“SFR”), incorporated as a not-for-profit organization in December 2010, provides support in the form of monetary distributions, scholarships and business advice to primary and secondary schools  dedicated to educating children of refugee families in Uganda and South Sudan, Africa.  The organization’s United States annual tax filing Form 990N and the State of Maine Annual Report are available by comtacting us. 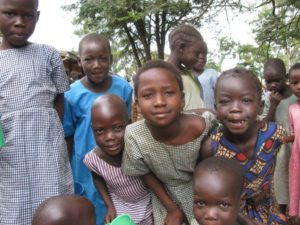 The first recipient school was the St. Bakhita Nursery and Primary School, then, a community school located in the Kiryandongo Refugee Settlement in Bweyale, Kiryandongo District, Uganda.  Kiryandongo is a United Nations-sponsored refugee settlement formed in 1989 and maintained with support from UNHCR until 1997, when responsibility was transferred to the Ministry of Local Government, Office of the Prime Minister. Prior to 2010, up to 30,000 refugees from Sudan, along with refugees from Kenya and other African countries, occupied the settlement. In 2013 only approximately 3000 Sudanese Acholi refugees remained. Since 2016, with the outbreak of tribal violence and political instability in South Sudan, over 50,000 Dinka and Nuer left South Sudan for the relative safety of the Kiryandongo Refugee Settlement in Uganda.

Learn more about the history of the Kiryandongo Refugee Settlement.
2005-2010

The St. Bakhita Nursery and Primary School was built in the ranch occupied by Sudanese refugees in 1995.  The school was operated by a Catholic order until 2005, at which time the Sisters closed the school and moved their education activities to southern Sudan. The school was abandoned until 2008, when parents and other interested members of the Acholi refugee community restarted the school as a community nursery and P1 to P5 primary school. Subsequently, the P6 and P7 classrooms were added.  The school was staffed with volunteer teachers from the community who recognized the importance of pre-school (nursery) student preparation and the need to provide primary school education to their children. Parents of students contributed what little they had to provide some paper and pencils and maize for a mid-day meal. 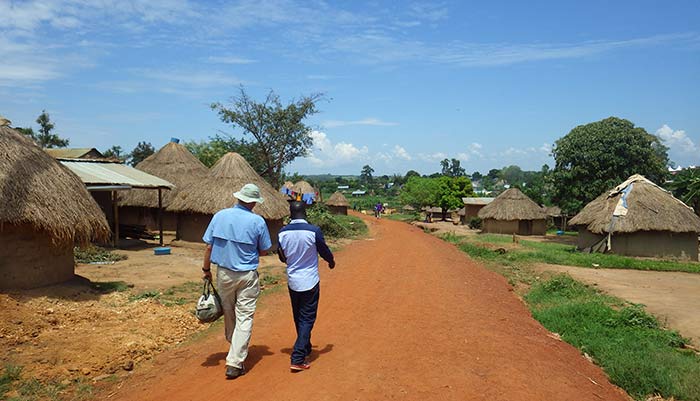 The school operated on a shoestring until 2010, when Michael Anywar, a South Sudanese refugee who was teaching at St. Bakhita, had a chance meeting with Charlie Roscoe in the settlement. With Michael’s encouragement, Charlie, his wife Susan, their son John, and Bosco Oringa, a childhood friend of Michael, incorporated Schools for Refugees, a 501(c)(3) corporation in Maine, USA. Since then, substantially all support has been  provided by contributions from Schools for Refugees (SFR).  The community school is operated by dedicated teachers and volunteer Parent Teacher Association members.   A mid-morning meal is provided to every student every day, but as a mixture of maize and water, it is not optimally nutritious.  The goal of SFR is to support each classroom and every teacher and student in those classrooms, according to the priorities set forth by the teachers and Parent Teacher Association.

Starting in 2017, the school’s PTA and Management Council established a nominal fee structure for students.  The funds collected are being used to supplement teacher salaries, support extracurricular activities and improve the facilities.  Fees will be increased, based on the continuing evaluation of the families’ ability to pay.

SFR’s secondary goals are to provide scholarships for graduates of St. Bakhita School to attend secondary school and to provide stipends to the teachers and staff so they can continue their own education. This access to education will play a key role in their future success.

Joseph Okeny, the teacher representative, assists in preparing the budget for use of SFR funds. The budget is prepared in collaboration with teachers, PTA and major funders. Priorities are established such that varying levels of support can be utilized in the best way to support the school’s goals. SFR support is provided monthly.  One hundred percent of contributions is distributed to the schools providing education to children of refugees.

Joseph Okeny  maintains a record of appropriate expenditures in the form of receipts for materials purchased locally and teacher stipends. Letters from classroom teachers and students are provided to SFR as recognition that funds have been distributed in accordance with budgets and that needs are being met.

Case histories, donation lists, distribution records, accounting summaries, and all other records are maintained at SFR’s corporate headquarters in Portland, Maine.  SFR’s President is a retired Certified Public Accountant who ensures that financial records of the Corporation are subject to adequate internal control and check.

Officers of the Corporation are Charles H. Roscoe, President; Susan R. Roscoe, Secretary; and John C. Roscoe, Treasurer. Susan is the wife of Charles. John is the adult son of Charles and Susan. Bosco Oringa is a former resident of the settlement, a 2012 graduate of the University of New England, and a 2019 graduate of Southern New Hampshire University’s masters program.  None of these individuals receive awards or payment from the Corporation.  All funds received from the Corporation are distributed to the recipient school(s) in Uganda. 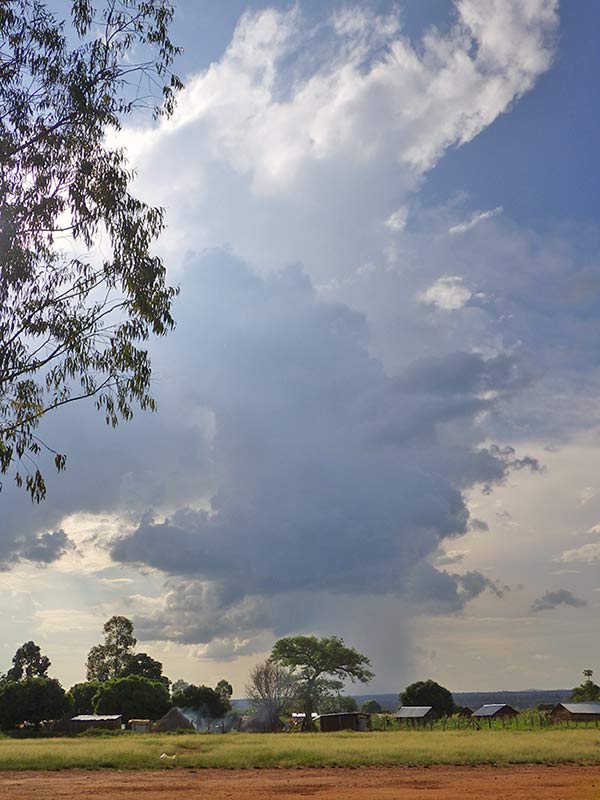